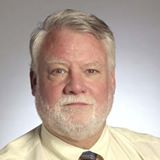 Of the many mysteries that have surrounded ME / CFS is the difficulty with predicting the long term outcome; what is the difference between a relapse, a temporary worsening, and true deterioration where there is a downward spiral of the illness over longer periods of time? There is no known biologic marker for disease severity at present, and all we are left with are subjective descriptions. But there is a problem here as well, as patients become so used to the symptoms of ME / CFS, they accept them as ‘normal’.

In the group of patients I was able to study the most intensely, they appeared to progress through stages. This group consisted of about fifty adolescents, all with an acute onset of symptoms, but I feel that adults will progress in roughly a similar manner. The first stage, of course, was the acute illness. This was assumed to be a standard viral illness, such as mononucleosis, but we know that in this particular group of patients Epstein-Barr virus was not the cause1. But over the years, it is likely that EBV initiated the illness in perhaps the majority of adolescents2.

A curious clinical event followed the onset in many patients. At around seven days from the onset many felt improvement; adults planned to return to work and adolescents would plan on returning to school, an expectation that would not materialize. It is possible that there was no real improvement, but rather the expectation that, as this was a trivial virus, it would be gone within a week. The reason this is important is that in autoimmune disease, the initiating virus fades away as the autoantibodies are produced. Obviously, in a person with a gradual onset of symptoms, this stage would be different.

The second stage occurs when the symptoms do not disappear, but persist for months to years in roughly the same severity. There is little variation day-to-day, and this time is very confusing. Many medical providers are contacted, most giving conflicting opinions varying from psychological disorders to possible exotic infections, but the tests come back normal. In some, the nuclear antibodies are positive3, and an inaccurate diagnosis of lupus erythematosis will be made. Others will receive the clinical diagnosis of chronic Lyme disease or atypical multiple sclerosis.

The third stage is characterized by mild, gradual improvement over years, and along with the patient’s adjustment to the symptoms; activity is regulated and improves. During this time, the patient looks well, and to casual observers, it seems that a recovery has taken place. Some patients will recover completely, usually between three and five years from the onset. Recovery and improvement are completely different. With recovery a person can push themselves with exercise without causing a relapse, and can stay out late at night without ill effects. Improvement is defined by the inability to do either of these and the constant worry about recurrence of the symptoms4.

My greatest concern is for the years from 35 to old age in persons who became ill as teens. In our first study of teens who became ill in 1985, we concentrated on risk factors and epidemiology rather than on the progression of symptoms5. At thirteen years after onset, we studied the same patients, now young adults, and we noticed a discrepancy between how they rated their overall health and their activity level6. Some of the young adults rated their health as “good,” while the amount of activity they could perform was minimal. They had become so used to their performance level, they accepted it as their new normal. Unfortunately, many of them, while they described their health as good, they were unable to work full time or carry on other duties.

This same group of young adults was studied again at twenty five years after onset, and this pattern became more pronounced7. In this latter study, only five subjects said that they still carried the diagnosis of ME / CFS, despite their activity being limited and the symptom pattern persisting. All studies employed the Rand-36 (SF-36), a questionnaire is common use. The first question of this instrument is ’how would you rate your health?’ Many of the patients rated their health as ‘good’, while the rest of the questionnaire demonstrated how poorly they were actually functioning. Another aspect of this twenty five year study was that many subjects were receiving disability, but their diagnosis was incorrect. They were diagnosed with multiple sclerosis despite normal brain MRI scans and without fixed neurologic deficits. Others were diagnosed with Sjogren’s syndrome, thyroid disease, lupus erythematosis or vasculitis, all without appropriate laboratory confirmation. What this means to me is that the lack of acceptance of ME / CFS continues to be widespread, and patient confusion continues to be severe. Furthermore, medical providers are poorly educated in the diagnostic features of this disease8.

One of the results of this paradox is that persons with ME / CFS, particularly adolescents, were felt to have a good prognosis. But overall, the prognosis is poor, “Full recovery from untreated CFS is rare.”9

It also seems that after a period of improvement for some years, a decline in overall activity occurs. Forty year old adults who had an acute onset during their teenage years have the activity of seventy year old adults. Until there is a reliable biomarker for the severity of ME / CFS, we will be unable to accurately define the prognosis.