In addition to leading Open Medicine Foundation’s research team, Ronald W. Davis, PhD, is a professor of Biochemistry and Genetics. He is also the director of the Stanford Genome Technology Center. Dr. Davis’s current mission is to discover the cause(s) of, a molecular-based diagnostic test for, and a cure for ME / CFS.

By developing new technologies, Dr. Davis does cutting-edge and interdisciplinary research into cancer, immunology, genetics, infectious disease, novel drug development, and nanofabrication of diagnostic instrumentation. Most notably, in 2013, he was named one of the top 9 of today’s greatest inventors in The Atlantic magazine.

In trying to understand ME / CFS, he has read the literature, consulted with leading specialists, attended scientific meetings, and thought extensively about how he could apply his expertise to finding a molecular-based diagnostic test, treatment, and cure. His expertise and reputation make him an optimally qualified scientist to take on ME / CFS.

Although primarily a biochemist by training, Davis has used his deep understanding of biochemical and physical chemical principles to address problems of fundamental importance to genetics. His contributions to the field are numerous and profound. He created, for example, some of the earliest phage lambda-based cloning vectors (DNA molecules that carry foreign DNA into a host cell, where the foreign DNA can then be replicated.)

Working on the genome and biology of the Saccaharomyces cerevisiae (baker’s yeast), his lab developed the first artificially constructed chromosomes, which are now routinely used to clone large genes and map complex genomes. In 1977, Davis co-authored a landmark paper that described the very first case of what is now known as genome editing, the ability to replace any nucleotide in the yeast genome with any other nucleotide. 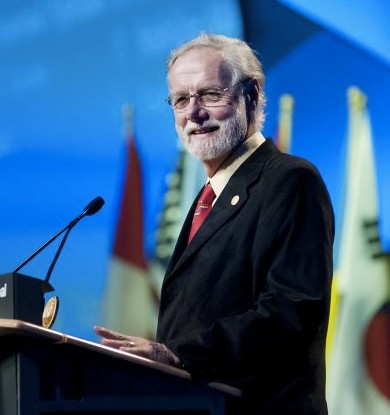 In 1980, in another landmark paper—one of the most highly cited in the field of human genetics—Davis and his team described how sequence variants in the genomes of humans and other species could provide genetic markers for making a genetic and physical map of the human genome. That paper helped launch the field of genomics. A few years later, Davis’ lab showed how DNA libraries could be searched with protein-finding antibodies, a technique that has made it possible for scientists to identify genes for important proteins, including in humans.

During the 1990s, Davis contributed to the development of the very first microarrays, tools that enable scientists to analyze the gene expression of thousands of genes simultaneously. He then went on to help standardize this technology, paving the way for other scientists to use it for clinical applications.

In recent years, his lab has produced sequences of several yeast chromosomes: part of the Escherichia coli genome, part of the arabidopsis thalialiana genome (arabidopsis is a plant widely used in the study of genetics), part of the human genome, and part of the genome of Plasmodium falciparum (a parasite that causes malaria in humans). Dr. Davis also continues to develop new biotechnologies, including DNA nanotechnology.

Davis has been the recipient of many professional honors, including memberships in the National Academy of Sciences, the American Academy of Microbiology, and the Human Genome Organization. Other honors include the Dickson Prize in Medicine from the University of Pittsburgh (2005), the Lifetime Achievement Award from the Genetics Society of America (2004), the Chiron Corporation Biotechnology Research Award (1998), the Lewis S. Rosenstiel Award for Distinguished Work in Basic Medical Research (1992), the Eli Lilly Award in Microbiology and Immunology (1976), and the United States Steel Award presented by the National Academy of Sciences (1981).