Natural Treatments For Mild Cognitive Impairment — Might these also help the “fog” of FM and CFS? By Richard N. Podell, M.D., MPH 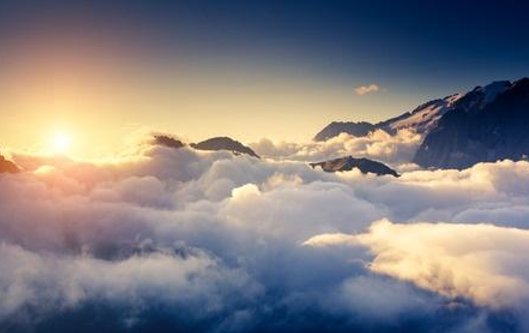 Patients with ME / CFS or Fibromyalgia (FM) struggle with mental “fog”. We don’t understand why and there’s been little research on why it happens or what to do.   The Mild Cognitive Impairment or MCI of aging is a different kind of cognitive “fog”. MCI confronts 5-20% of Americans, aged 65 and older. The risk is higher among people who have a high blood level of the amino acid homocysteine. High homocysteine and MCI both predicts a higher risk for developing full- fledged Alzheimer’s Disease.

We know how to reduce homocysteine with a relatively simple nutritional formula.  To test whether a homocysteine lowering B vitamin complex mighty improve cognition for people with MCI, medical researchers in the United Kingdom recruited 266 people aged 70 and over, who had relatively mild problems with basic cognitive skills. This study of vitamins and cognition is known as the VITACOG study.  Half the subjects were treated with a daily oral pill containing a moderate oral dose of vitamin B12 (500 micrograms), folic acid (800 micrograms) and vitamin B6 (20 mgs). The control group took a daily placebo.  Several forms of cognitive testing were done prior to treatment and again several times during the two years of study.

For those taking the B vitamins, cognitive test scores improved over the two years of active treatment. Scores for the placebo group did not. The advantage for active treatment was statistically significant. The treated subjects who were most likely to improve were those who started out with high blood levels of homocysteine. Homocysteine levels fell in the treatment group, but did not fall for those who took the placebo.  People with MCI also tend to have an increased rate of atrophy or loss of brain tissue over time. For those taking the B vitamins, the rate of brain atrophy was significantly slower than it was for those on placebo.

At the start of the study researchers also measured the level of omega 3 fats in the subjects’ red blood cells. For those on the B vitamins cognitive improvement was much higher among those who began with relatively high levels of omega 3s. (Omega 3 fats are the kind found in fish oil.) Having enough omega 3-s on board seems to help the B vitamins do a better job. For those taking placebo, the level of omega 3s seemed not to make any difference in their scores.

The graphic shows the results of one of several cognitive tests used in the study. This one is the Hopkins Verbal Learning Test with Delayed Recall (HVLT-DR).  Those in the top third for their omega 3 blood levels (third tertile) did best.

Is the VITACOG study relevant to the brain fog of CFS and FM? The quick answer is we don’t really know, because there’s not been much study of our kind of “brain fog”.  However, they are relevant to us at least to this degree: If simple treatments can prevent the MCI associated with aging, there are some grounds for hope that our kind of brain fog might also improve.

The strengths of the VITACOG: Many studies of potential treatments for cognitive problems last only a few weeks or months. This study ran for two years. Many cognitive studies focus on lab rats. This one was done on people. Many studies lack proper control group. This study was well designed.

Weaknesses:  Other studies using B vitamins to lower homocysteine and help cognition have had mixed results. Therefore, further controlled studies should be done to confirm the results found with VITACOG.  We should also be aware that while high homocysteine also predicts increased risks for heart attacks and strokes, controlled studies using B vitamins did not succeed in improving health outcomes. All the more reason why we need more studies to further confirm VITACOG’s more encouraging results.

Thoughts to consider:   VITACOG suggests that the mild cognitive impairment associated with aging might improve if we treat with a homocysteine lowering strategy, combining B vitamins with omega 3 oils. Whether this strategy might also be useful for people with CFS or FM, we cannot yet say.

If you have MCI, or a family history of MCI or Alzheimer’s:

If your concern is with CFS or FM, understand that the VITACOG findings might or might not be relevant to our type of cognitive “fog”.

Cautions: Although the B vitamin doses used in this study are only “moderately” high and are typically thought to be safe, there have been reports that high blood levels of folic acid might increase the risk for some cancers.  The 800 ugm dose of folic acid used in the VITACOG study is only double that of the current recommended dietary allowance. However, other vitamin formulas used to treat homocysteine often contain considerably higher folate doses. Please read the labels.

Also, most nutritionally oriented physicians prefer that people take the natural methyl folate form of this vitamin, not the synthetic folic acid that most vitamin supplements use.


Homocysteine-Lowering by B Vitamins Slows the Rate of Accelerated Brain Atrophy in Mild Cognitive Impairment: A Randomized Controlled Trial, 2010  http://journals.plos.org/plosone/article?id=10.1371/journal.pone.0012244