#MillionsMissing in San Francisco; But We Were There

Home » Events » #MillionsMissing in San Francisco; But We Were There 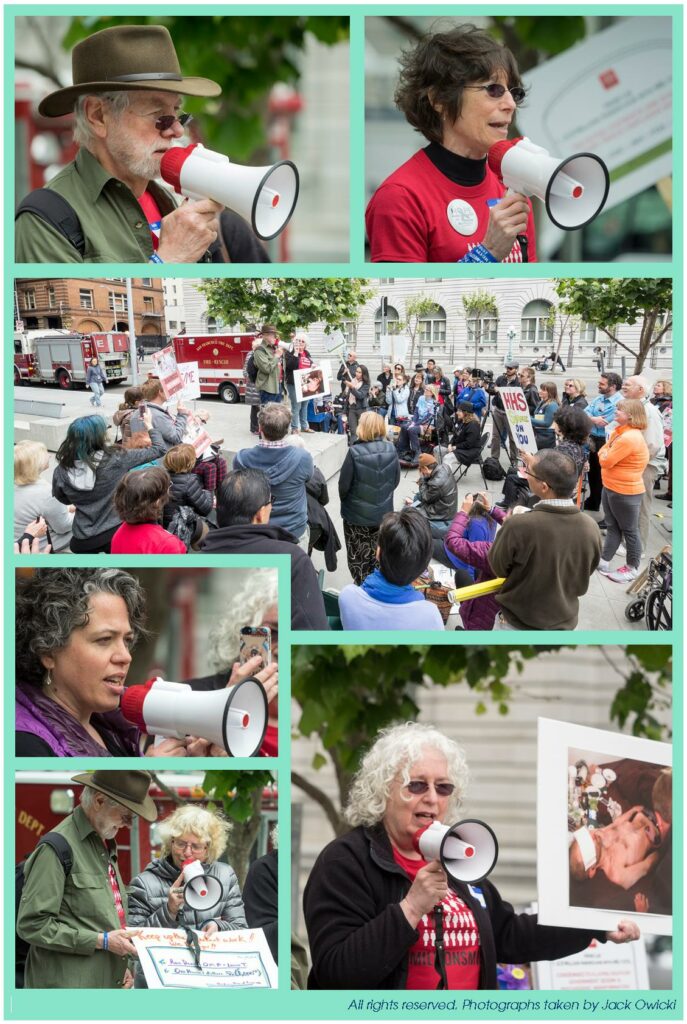 The biggest and most expansive one-day public display from ME / CFS patients and their loved ones was on May 25; and we participated. MEAction, a recently organized group, gets credit for the idea and planning of this unprecedented show of the patients’ will.

Called the “#MillionsMissing demonstration,” the posters and, more symbologically, empty shoes, brought attention to the millions who are no longer working, playing or socializing because of the debilitation caused by ME / CFS. It happened in London, Melbourne, Washington DC, Atlanta, Boston and in San Francisco, which is close to our office.

Most of the displays and speeches were in front of public health agency buildings. The main message is that ME / CFS should be given the same attention and government resources as other diseases with similar or even less of a public health impact. With millions unable to work and drawing disability, it’s time to find answers by funding research.

In San Francisco, OMF Executive Director Linda Tannenbaum and ME / CFS Scientific Advisory Board Director Ron Davis, PhD, spoke to the crowd and passersby. Davis’s son Whitney Davis has a severe case of the disease.

Janet Dafoe, Whitney’s mother, told about the desperation their family is experiencing and how her son’s complete debilitation is in stark contrast to his adventurous life prior to being struck by ME / CFS. Laurel Crosby, who is working with us at Stanford, also spoke. But one part of the event is getting wide attention on social media. That’s the transcript of Ron Davis’s speech. You can read it below:

I’m Ron Davis and my son is missing…Linda Tannenbaum has really helped us a lot in raising funding.

We have enough funding that we managed to assemble a very small team at the Stanford Genome Technology Center. This team is really excellent in doing research. And we are making progress.

Now, it is very clear what is needed: we need more people doing research in this area. I don’t want all this money just to fund my own lab: I want to recruit other people in other labs that are specialists in things that need to be looked at, and we are now doing that.

I think that we are very close now to finding a molecular diagnostic marker. And we also think we have a bit of an understanding of what this disease is.

A lot of the ideas that have been around about what this disease is, I think are wrong; and it`s because they only look at one of the symptoms.

I think what this disease is, is a fundamental shutdown of the energy generation system in the body, and we can see that from all the molecules we look at. So our type of research is collecting massive data—and we have developed a lot of the technologies that in fact allow you to see massive amounts of data—and we have fantastic people to analyze that data.

I’m optimistic that we can do that, now that we can begin to understand what the problem really is; and so in fact we are actively pursuing compounds and drug companies that might offer some help. We want to do this on a fast-track basis.

So we want to figure out what it is, figure out a way to do a diagnostic, and then look for things that might treat it. We want to do that as quickly as possible. I do NOT want to wait another thirty years.

But this is not gonna happen without what?

Absolutely.  I have a lot of fights with the government about this, because I don’t think they actually understand research. The two grants that I put in, they didn’t like it because it had no hypothesis. I said “of course not!” What you have to do when you start looking at a new disease is to make a lot of observations and figure out what it is—and from that, you make a hypothesis and then do a test. They have it all wrong. They said they turn down a lot of grants because they don’t have a proper hypothesis. That’s not the way to solve this problem. When we launched the Human Genome Project, we did not have a hypothesis. It was incredibly successful, and it’s totally revolutionizing medicine right now. So it’s going from one-treatment-fits-all, to personalized treatment, and that is absolutely what we need for ME / CFS. We think that probably a lot of the patients are slightly different in their behavior, and this shutdown, and the consequences of that, and probably do need specialized treatment.

Once we figure out what it is and then some treatments, we also have to figure out a way to disseminate all those ideas to the medical community, so that everybody can get treated. That’s a daunting task, and that’s not going to happen without what?

Absolutely!  But I am upbeat and optimistic that we will get somewhere, if we can just get…