=> Go to updated version of this Q&A with Dr. Naviaux. 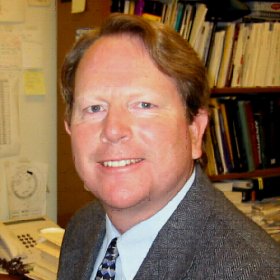 Q1. Some people still argue that CFS is not a real illness but all in the mind. Does your discovery of a chemical signature help shatter this myth?

Yes. The chemical signature that we discovered is evidence that CFS is an objective metabolic disorder that affects mitochondrial energy metabolism, immune function, GI function, the microbiome, the autonomic nervous system, neuroendocrine, and other brain functions. These 7 systems are all connected in a network that is in constant communication. While it is true that you cannot change one of these 7 systems without producing compensatory changes in the others, it is the language of chemistry and metabolism that interconnects them all.

Q2. How does Chronic Fatigue Syndrome fit in with other kinds of hypometabolic states or syndromes?

All animals have ways of responding to changes in environmental conditions that threaten survival. We discovered that there is a remarkable uniformity to this cellular response, regardless of the many triggers that can produce it. We have used the term, the cell danger response (CDR) to describe the chemical features that underlie this response. Historical changes in the seasonal availability of calories, microbial pathogens, water stress, and other environmental stresses have ensured that we all have inherited hundreds to thousands of genes that our ancestors used to survive all of these conditions.

The body responds differently to the absence of resources (eg, caloric restriction or famine) than to the presence of pathogens and toxins. We can classify two responses: a single-step response to the absence of resources, and a two-step process in response to the presence of a threat. Both responses are completed by a return to normal metabolism and function. When resources are severely curtailed or absent, the full CDR is bypassed, and the flow of nutrients through metabolism is decreased to conserve limited resources in an effort to “outlive” the famine. This is often called a caloric restriction response.

On the other hand, when the cell is faced with an active viral, bacterial, or fungal attack, or certain kinds of parasitic infection, severe physical trauma, or even chronic psychological trauma (which produces a similar chemical change in metabolism), this activates the two-step response. The first step is to acutely activate the CDR. Innate immunity and inflammation are regulated by the metabolic features of the CDR. Activation of the CDR sets in motion a powerful sequence of reactions that are tightly choreographed to fight the threat. These are tailored to defend the cell against either intracellular or extracellular pathogens, kill and dismantle the pathogen, circumscribe and repair the damage, remember the encounter by metabolic and immunologic memory, shut down the CDR, and to heal.

In most cases, this strategy is effective and normal metabolism is restored after a few days or weeks of illness, and recovery is complete after a few weeks or months. For example, only a small percent of people who are acutely infected with Epstein-Barr virus (EBV) or human herpes virus 6 (HHV6), or Lyme disease go on to develop chronic symptoms. If the CDR remains chronically active, many kinds of chronic complex disease can occur. In the case of CFS, when the CDR gets stuck, or is unable to overcome a danger, a second step kicks in that involves a kind of siege metabolism that further diverts resources away from mitochondria and sequesters or jettisons key metabolites and cofactors to make them unavailable to an invading pathogen, or acts to sequester toxins to limit systemic exposure. This has the effect of further consolidating the hypometabolic state. When the hypometabolic response to threat persists for more than 6 months, it can cause CFS and lead to chronic pain and disability. Metabolomics now gives us a way to characterize this response objectively, and a way to follow the chemical response to new treatments in systematic clinical trials.

Q3. You talk about the chemical signature being similar to a state of hibernation. What sort of animals exhibit a similar signature in hibernation?

I wouldn’t use the term hibernation to describe Chronic Fatigue Syndrome. Humans do not hibernate. Hibernation is just one of a handful of hypometabolic states that has been studied in different animals. There are many others that go by names like dauer, diapause, torpor, estivation, caloric restriction, etc. Many environmental stresses will trigger hypometabolism in humans. In our experience, the metabolic signature of dauer is more similar to CFS than some of the other hypometabolic states that have been studied.

One of the main points of our metabolomics study of CFS was to give other scientists a new tool to analyze all of these hypometabolic states, developmental stages, and syndromes so that the similarities and differences can be objectively studied, and rational new therapies developed.

Q4. Are men and women really that different in CFS?

Yes. About 40-50% of all the metabolites that we measure in our method have a different normal concentration in males and females. This is not all related to testosterone and estrogen. Literally hundreds of metabolites are tuned to different concentrations in men and women. At the pathway level, we found that men and women shared 9 (45%) of the 20 biochemical pathways that were disturbed in CFS patients. Eleven pathways (55%) were more prominent in males or females. We find that to do metabolomics properly, you need to have an adequate number of age- and sex-matched controls. If healthy males and females are lumped together as controls, the power to see metabolic differences in CFS and many other diseases is much decreased.

Likewise, the metabolism of a 25-year old male is different from a 35-year old male, and categorically different from a 25-year old female. In each decade of life there are many metabolic changes that occur as part of normal development and aging. When proper age- and sex-matched controls are used, metabolomics is one of the most powerful new tools available to physicians and scientists to study chronic complex disease.

Q5. How do the metabolic changes you identified in CFS relate to the recent interest in epigenetics and methylation pathways?

With regard to cytoplasmic methylation reactions that involve folate and B12 metabolism, mitochondria also play a key role by regulating the release of formate, the balance of NADPH to NADP+, NADH to NAD+, FADH2 to FAD+, propionyl-CoA to succinyl-CoA, and glycine to serine. Ultimately, all of these mitochondrial reactions influence the tide  of substrates available for methionine, cysteine, glutathione, and taurine metabolism.  The ebb and flow of these metabolites determines the balance between cell survival and death, controlling epigenetic modifications and gene expression. These reactions are illustrated in supplemental online Figure S6 of our paper.

Q6. How might your results help with treatment of CFS?

This first paper was not focused on treatment. However, metabolomics reveals a new window into the underlying biology of CFS that makes us very hopeful that effective treatments will be developed soon and tested in well-controlled clinical trials. Metabolomics will be an important component of any clinical trial of new treatments for CFS. It will also play an important role in analyzing the similarities and differences of classical laboratory models of hypometabolic states like dauer.