Study of Thrombospondin-1 (TSP1) in ME / CFS pathogenesis (STOP-ME)

Little is known about the mechanisms causing brain fog, orthostatic intolerance as well as postural orthostatic tachycardia (POTS) in ME / CFS. In that context, we used our previous method with a specific stress-test to identify possible biomarkers that could be involved in the onset and/or progression of the symptoms associated with specific vascular instabilities identified above.

We identified thrombospondin-1 (TSP-1) as a potential therapeutic target in ME / CFS. Too high TSP-1 levels could affect brain-blood flow and induce among other a brain fog while a sudden drop in TSP-1 levels following post-exertion could contribute to vascular instabilities. Moreover, TSP-1 is interacting with specific membranous receptors that could be blocked selectively to improve some of key symptoms often encountered in ME / CFS.

We propose that elevation of circulating thrombospondin-1 (TSP-1), a multifunction protein, in the blood could reduce brain-blood flow in some persons suffering from ME / CFS leading to a brain fog and post-exertional malaise (PEM). Conversely, a rapid decrease in TSP-1 blood levels in some ME / CFS patients could induce a hypotension resulting in orthostatic intolerance or even POTS.

WHY THIS STUDY MATTERS FOR ME

Vascular instabilities are part of a group of symptoms affecting several persons with ME / CFS. Current treatments to alleviate those symptoms are limited and often not very effective for ME / CFS. A more comprehension approach about the role of TSP-1 in ME / CFS pathophysiology could lead to pharmacological therapies that are more effective. 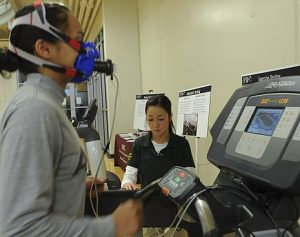