Thanks to Ricard for creating a new group on the Teaming platform to fundraise for OMF in Spain! Ricard’s story is below. 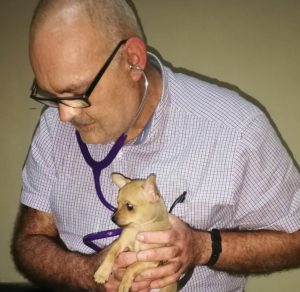 Hi, my name is Ricard, and I currently live with my wife Montse in a town near Barcelona. I was first introduced to this disease [ME / CFS] when, after years of bouncing around among different specialists, a rheumatologist finally diagnosed Montse with it. That was more than 15 years ago.

Back then, not as much was known, and I found barely any references anywhere. Nevertheless, we continued gathering information by any means possible.

Then, about a year ago, I coincidentally discovered OMF’s website, and I saw that their objectives were the same as ours: money, money, money for research and a cure. Because we can’t wait for a chance discovery.

But I found myself with two problems; the first was the language. Because in Spain, not many people understand English well enough to find the translations page, much less to understand videos on OMF’s YouTube channel, which makes it difficult to reach many patients. The second challenge is to organize sending funds from here to the U.S., because if you send small amounts, a lot gets lost in the transfer fees.

So to solve this problem, I remembered AVATMA (The Association of Veterinarians Against Animal Abuse), which I’m a member of. For a good while, we’ve been covering part of the association’s regular expenses through the “Teaming” platform, where every group member (“teamer”) contributes one euro per month.

To get good results, it’s necessary to spread the word widely. That’s why we took the initiative to create and promote the Teaming Group for OMF in Spain, because for now it only works in European countries that are in the Single Euro Payments Area. The idea is to raise money every month, then periodically make a transfer to OMF in the United States. We also believe that this model could be exported to other European countries, and in time, to other Spanish speaking countries.

But first, we have to establish it here, and that why, with assistance from OMF’s team in the U.S., we’re starting to promote the group we created a month ago, with high hopes. And with their help, we’ll continue solving any issues that arise.

We believe that with the great team OMF has assembled, if we work together to raise enough money, the disease can be cured quickly, like Ron Davis has stated enthusiastically.

As Linda Tannenbaum says … “with hope for all.”