Living with ME/CFS for 20 years

An OMF supporter shares her experiences, life-lessons, and hope for the future

In solidarity with May Awareness Week of ME/CFS, Fibromyalgia, and Post Treatment Lyme Disease Syndrome, Open Medicine Foundation acknowledges the significant hardships shared by those who have lived with these complex chronic illnesses for the majority of their lives. A disease with no treatments and no FDA-approved cures to date, millions of patients around the globe have been forced to put their lives on hold — indefinitely. Today, we share the story of Sandra, a writer and person with ME/CFS.

2021 marks Sandra’s twentieth year of living with ME/CFS. To acknowledge this difficult anniversary, Sandra launched a CrowdChange fundraiser for OMF that has raised over $500!

She explains, “I’m supporting OMF for the purpose of funding research. In the twenty years of being sick, little has changed — except there is now an incredible group of scientists dedicated to finding diagnostics, treatments, and a cure for a disease that affects millions of people across the world.” 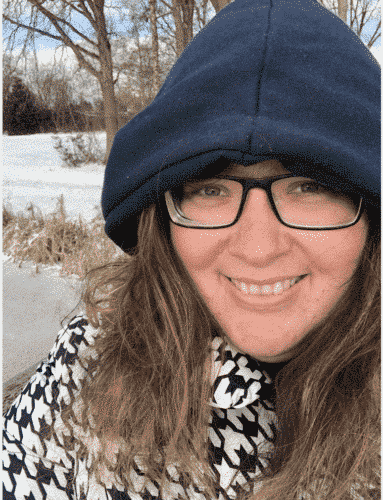 Have you learned any life lessons from this experience, or have any words of wisdom for other people who are newly diagnosed?

The thing I realized early on through having an invisible illness — and it is something that I have really taken on in my life — is that kindness and empathy are key. It’s such a cliché but a fact that you just don’t know what another is going through. So be kind and be empathetic to others whenever you can. A little understanding goes such a long way in helping another human being feel understood and seen.

Something I have also had to learn the hard way is to be my own advocate in my life with chronic illness. 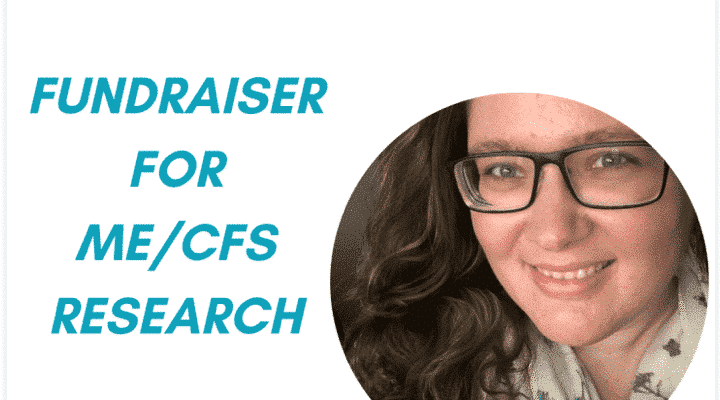 “In the twenty years of being sick,  little has changed — except there is now an incredible group of scientists dedicated to finding diagnostics, treatments, and a cure for a disease that affects millions of people across the world.”

Thankfully these days ME/CFS is more widely recognized and accepted as being a real illness, but you still sometimes find yourself confronted with those who don’t. In those situations, you really need to be your own advocate and stand up for your own experience. Whether sitting across from the skeptic doctor, when you’re confronted with family members who aren’t as empathetic as you had hoped, or with friends and employers who don’t understand why you’re not yet cured. Be your own biggest believer and supporter!

Twenty years of living with this illness, have you seen attitudes or awareness towards this illness change or improve?

Yes, I’ve seen a big change. Thankfully! Though there is still a long way to go, especially in my country of the Netherlands where only in the last two years ME has been recognised as a real condition, overall awareness has risen a lot in the world I think. Slowly society is becoming more accepting of conditions we don’t yet fully understand. That has made a huge difference. While it still often feels like I need to prove I’m ill, when I say I have ME I’m now mostly met with acknowledgement and sympathy. Twenty years ago I was met with a lot of disbelief and derision, especially in the medical world here in the Netherlands. To see that shift and experience it first-hand has made a huge difference to me and I often think of the difference this is making to new patients right now.

What has life been like on a daily basis over the past two decades?

I’ve gone through a lot of life’s phases during that time. For the first decade I was able to attend school and university through an adapted program. It means I took longer to graduate from college and uni. Unfortunately, the stress that came with it did make me more ill, so since then I’ve been unemployed and making a life for myself mostly from my home. Only in the past year have I found a routine that works where I go for a 15-minute walks several times a week, do a bit of housework and otherwise rest a lot and manage my symptoms. On good days I write.

It’s not been easy to come to a routine that works for me though. I have experienced a lot of heartache over dreams that I had to give up, like most of us with chronic illness have had to. However, since accepting the fact that a “normal” job simply cannot happen for me, I have found new dreams, dreams that I can fulfill with my own personal adjustments, such as built-in rest, acceptance of symptoms and bad days, sometimes whole periods, but above all with a lot of patience and hope.

What inspired you to fundraise for OMF?

When I realized this month would mark exactly two decades of living with ME/CFS, I felt I had to do something with this fact. Especially in a time where Long Covid could mean a steep rise in people developing ME/CFS. I feel strongly about raising awareness around ME/CFS, for patients, medical professionals, but also for our friends, family and colleagues. There is so much more to this illness than fatigue and that is what I want to show. Hopefully it will make people see that this illness deserves a treatment, and in order to develop one we need more funding for research. Imagine how fulfilled all those impacted lives could be and how much potential could be lived up to if there was at least a treatment. Even after two decades, I still hold out hope for that.

As the largest nonprofit organization dedicated to ME/CFS research, we believe in the power of community, that life-changing results, and research advancements can be made when we work together. Please support our #MayMomentum campaign today.