In case you are unfamiliar with Jacqueline and her impressive background, she is a Canadian opera singer, producer, & disability advocate.

Despite her struggle with Myalgic Encephalomyelitis / Chronic Fatigue Syndrome (ME / CFS), which left her bed-bound for years, Jacqueline has received critical acclaim for her roles in opera, theatre, musical theatre and film. She is also the founding artistic director of Opera Mariposa, a disability-led arts organization in Canada that showcases opera’s rising stars.

Jacqueline now shares more about her personal battle with ME / CFS in support of #MayMomentum.

She explains, “This is the reality of ME / CFS, and what lots of people don’t see.

Normally at this time of year, I’d be singing in Opera Mariposa’s annual Benefit + Awareness show, but since I won’t be onstage in front of a live audience this year, I wanted to share just a little of my experience living with ME / CFS. The symptoms listed in this image are just some of what I deal with during every performance.

ME / CFS has dozens more symptoms, and every show I do is followed by months of recovery, where I spend long periods of time bedridden. The fact that I’m able to stand upright long enough to perform makes me one of the lucky ones.

There are no diagnostic tests or treatments available for ME / CFS, and the research that OMF is undertaking is absolutely vital in changing that. It offers hope not only to the millions of people currently grappling with this devastating disease, but to the many more who are now at risk of developing post-viral ME / CFS as a result of COCID-19. Please join me in supporting OMF’s May Momentum campaign and helping to accelerate their research – I’ve already donated, and if you can, I hope you’ll consider doing so as well. Visit www.OMF.ngo/MayMomentum to learn more.”

We are so lucky to have a powerful voice like Jacqueline’s helping us to boldly raise awareness of ME / CFS, and we sincerely thank her for her dedication to advocating for all those living with this disease. 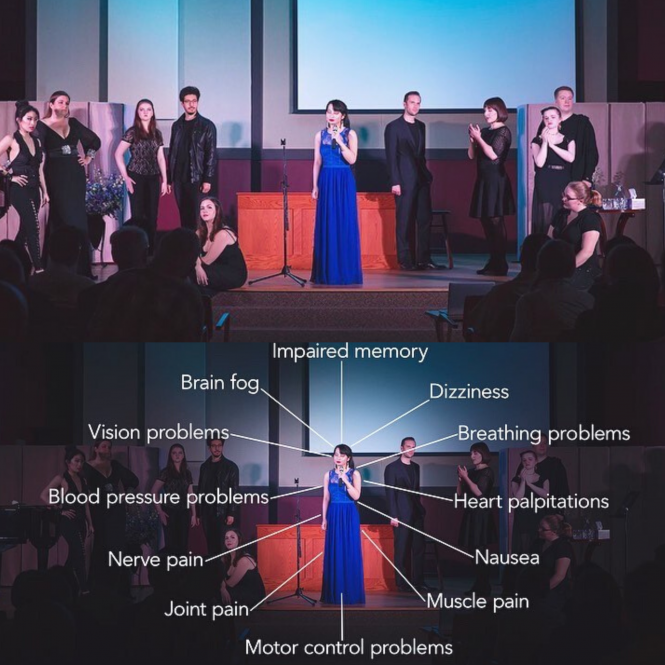